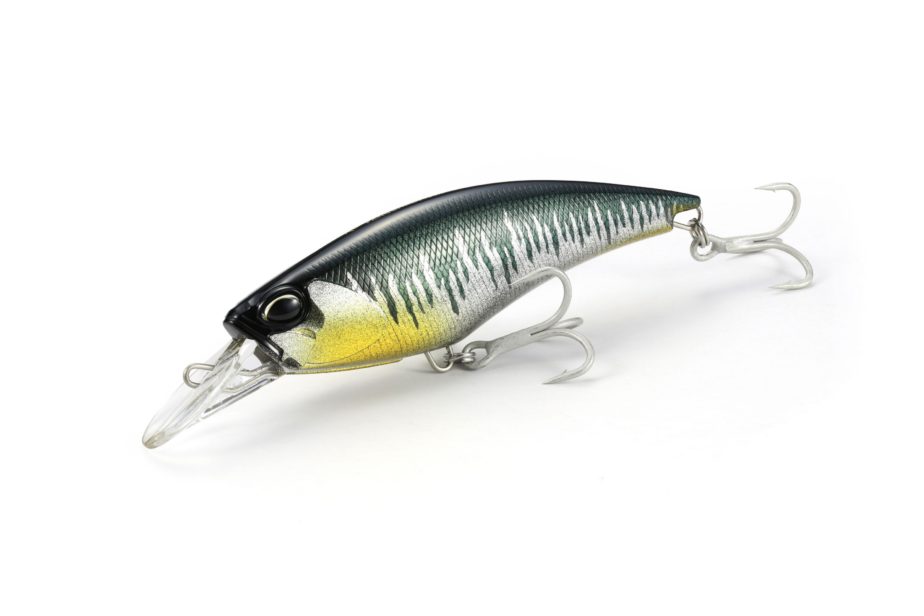 The Realis Fangshad 140SR is a heavy-duty floating shad type lure made for heavy-duty targets. One of its main advantages is its superior casting distance for this type of lure. The Fangshad will fly further than you think! While other lures may have lips that make retrieval challenging, the Fangshad has a clever lip design that lessens drag, giving the angler a smooth retrieval.
Like all Fang Ops lures that Fangshad has thickened walls and a reinforced inner structure to withstand attacks from large fish. Its outsized hook eyes to accommodate heavy duty gear.
A thick wire runs through the body, secured by steel pins. In the worst case scenario that the body beaks, the lure will not let go of the catch. Featuring relatively tall flat sides emphasizing its large volume, the lure will give off a maximized flashing effect to get bites from large predatory fish!

Tha Fangshad is good for all major predatory game fish, papuan bass, pike, peacock bass, barramundi, as well as others such as arapaima and monster trout! The lure will move through the water with a snappy vertical roll. With a simple retrieve, you can control the range of the lure. A slow retrieve will keep it at the surface while a fast retrieve will make it go down to 1.8m depending on the line used. Even with slow retrieves, the Fangshad will put out inviting flashing from its tall sides.