In 2019, I visited West PNG twice.The first time was in July and the second time was in September in different areas.Both trips were tougher than I had heard, but I managed to catch a few fish on the Fang Bait. 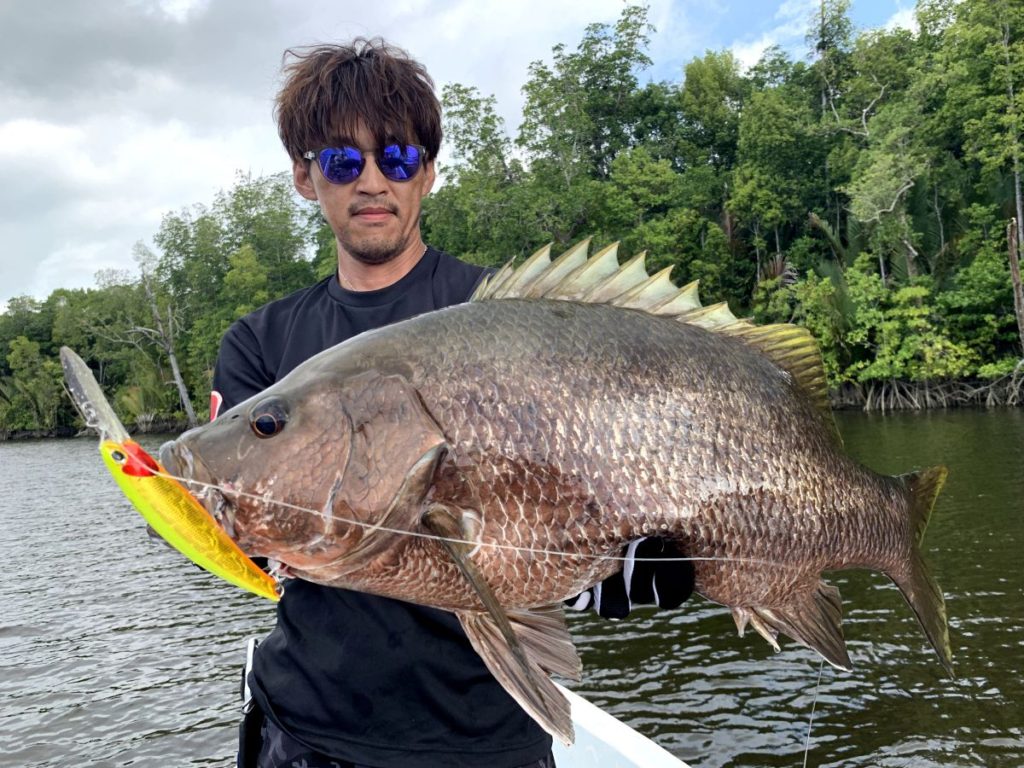 A Papuan bass caught on the Fang Bait 140DR SW “Phoenix”.It was effective to use both rattle-in and non-rattle depending on the situation. 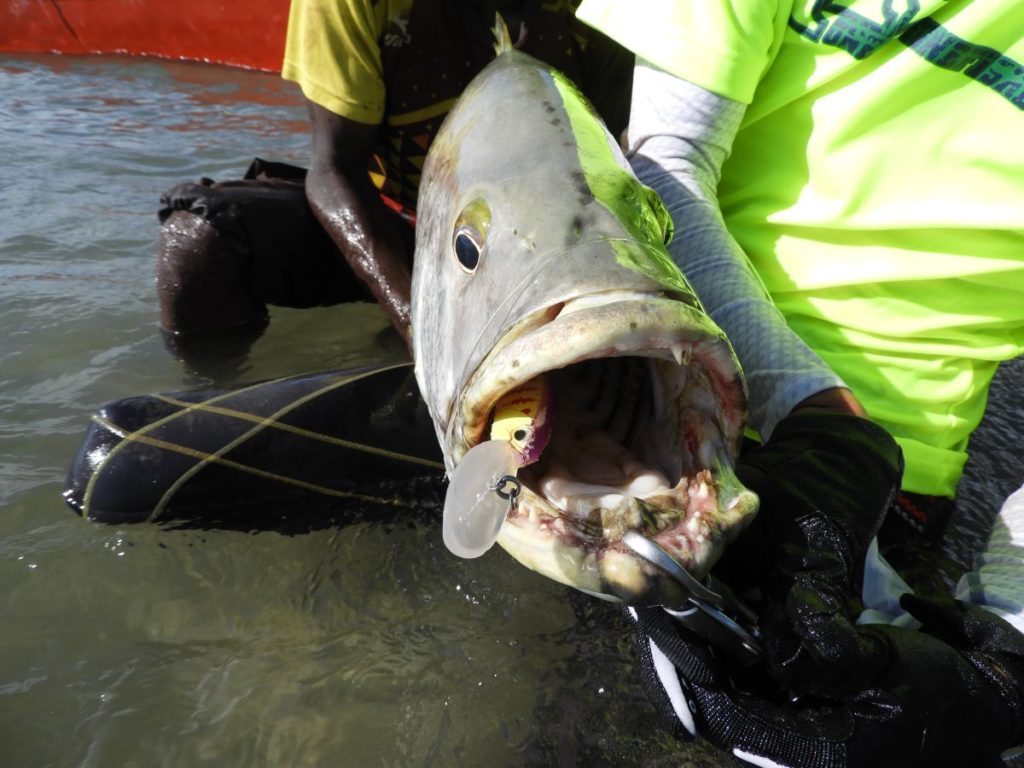 This is a Papuan Bass over 30LB that I was able to catch in the estuary with the Fang Bait 140DR “Fang Purple Back Gill”.I believe it was the visibility and the fact that the lure moved stably even with the fast tide in the estuary that brought in this size fish.

This is a Papuan bass I caught in the middle reach of the river.The lure I used was the Fang Bait 140DR “PG Red Head”.I love this color so much that I use it a lot in all situations and it has been bringing me a lot of fish. 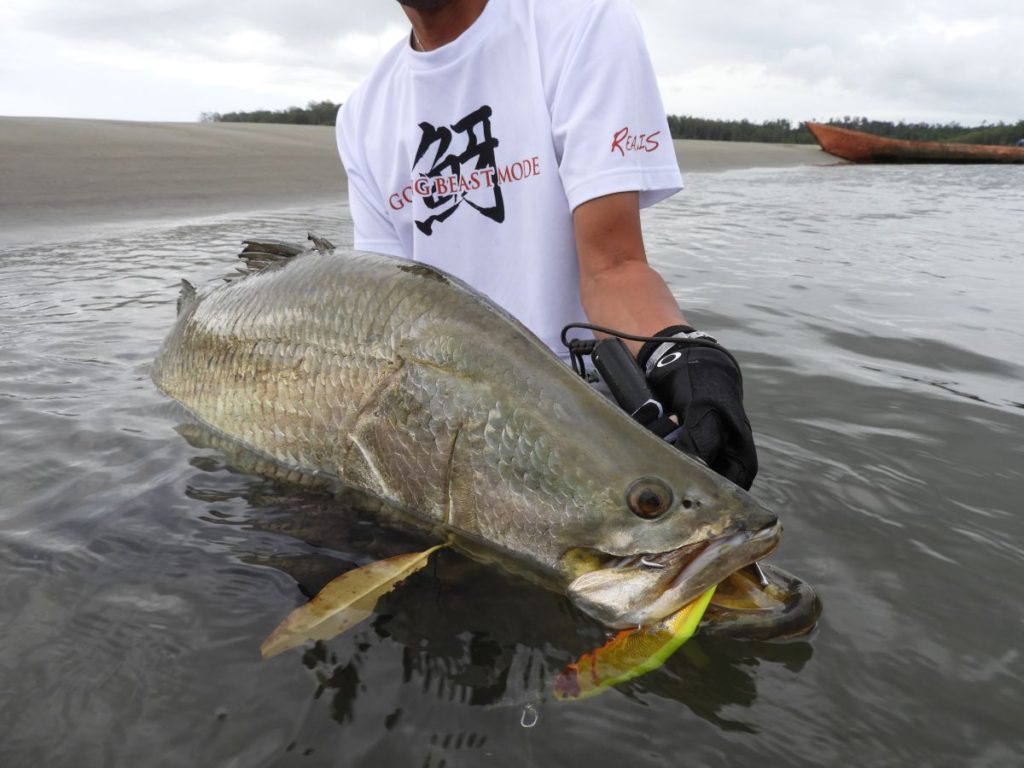 This is a barramundi caught in the estuary.The lure used was the Fang Bait 140DR “Phoenix”.The rattles worked well on the barramundi, and I was able to catch the only fish of the day.I realized once again that switching to rattle-in is an effective way if non-rattles don’t work.